Chris’ father and grandfather were both very intense involved with pigeon racing and they made Chris also enthusiastic.
Father Octaaf established himselve at Belgium’s best fanciers.

Chris’ current pigeon colony is derived from the old strains that was careful collected by Octaaf. The base was formed in the early 50’s, when pigeons were acquainted from Valere Docker from Moortsele and Hector De Smet from Geraardsbergen. 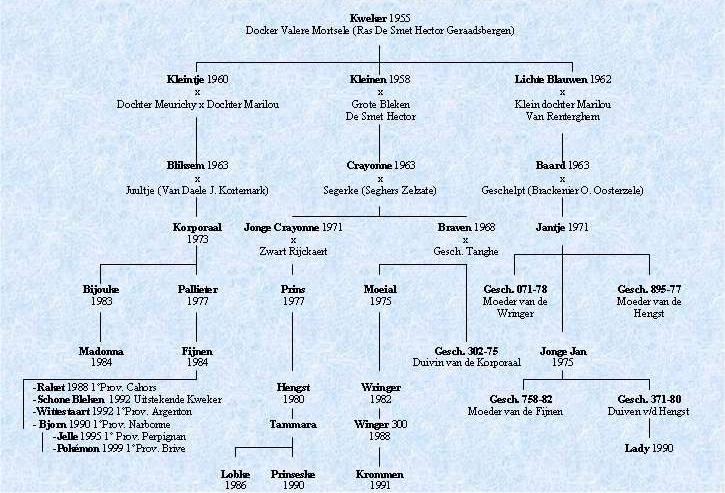 The current base bloodlines are based on the super breeder De Fijnen from 1984.

De Fijnen is father to 3 different first price winners on the provincial level and grandfather to multiple top pigeons. The two most famous are "Raket" and "Bjorn":

Besides these powerful homegrown line of pigeons, reinforcements were brought in and one pigeon really stands out:
"Zwarte Vereecke"

This pigeon was bred by Roger Vereecke from Deerlijk and is crossed to several base breeders. This resulted in many top pigeons, please refer to the overview below.